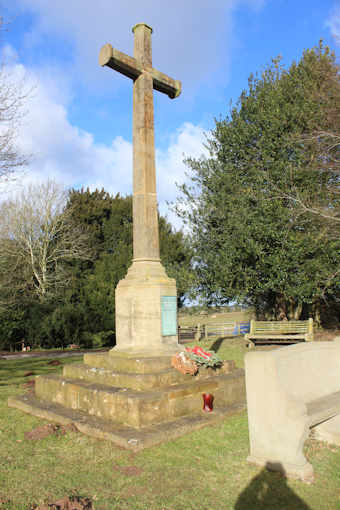 Their Name
Liveth For
Evermore

Greater Love Hath No Man Than This
''Their's The Glory''


Inscription on bench at monument -

The Noble Expanse Visible From This Spot
Was Shakespeare's Favourite Countryside
The Men Whose Names Are Inscribed On
The Neighbouring Monument Gave Their
Lives For That England
''Which Never Did, And Never Shall
Lie At The Proud Foot Of A Conqueror''


The GPR holds 42 person records for the war memorial.

where am I: Home > Countries > England > Warwickshire > Snitterfield >War Memorial