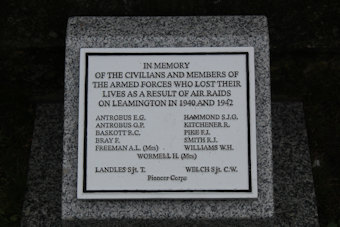 In Memory
Of The Civilians And Members Of
The Armed Forces Who Lost Their
Lives As A Result Of Air Raids
On Leamington in 1940 And 1942.

The GPR holds 13 person records for the war memorial.