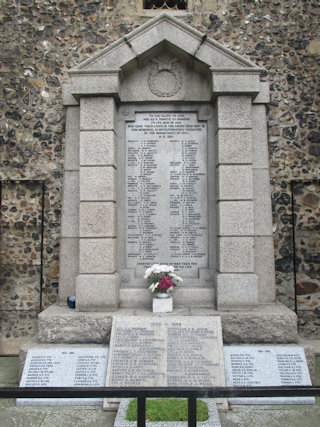 This memorial is on the street outside the church of St Mary near the centre of town. After the memorial was erected people began to suspect that some names had been missed off. In fact there were 54 missing names and these were finally added in 2014.

The GPR holds 198 person records for the war memorial.

where am I: Home > Countries > England > Norfolk > Diss >War Memorial