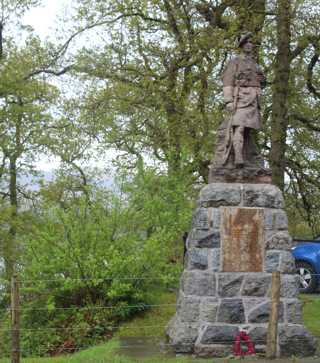 Sculpted by Alexander Carrick out of sandstone, standing on cairn of Cruachan granite. Unveiled by Lady Breadalbane on 10 July 1920.

Death is swallowed up
in victory

The GPR holds 9 person records for the war memorial.

where am I: Home > Countries > Scotland > Argyll > Lochawe >War Memorial