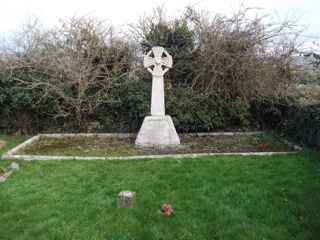 The Charfield railway disaster on 13 October 1928 resulted in the death of ten people. The LMS night mail train failed to stop at the signals at Charfield railway station, collided with a freight train and was derailed. It then collided with the up train underneath the road bridge to the north of the station. Four carriages were burnt out after gas used to light the carriages ignited.

The GPR holds 10 person records for the memorial.

The status of the photographing of the memorial is believed to be complete.

There have been 3 requests for photographs from the memorial.

A surname list gives all the names for a particular surname and links to the memorial where it is listed (show FAQ).