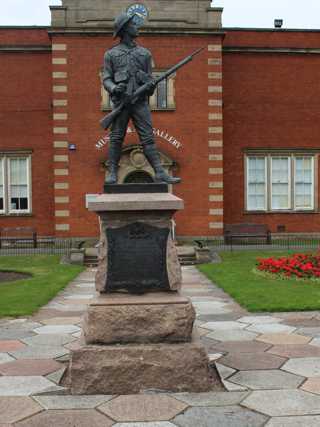 The South African Memorial was erected in October 2008 as a replica of one stolen in November 2006.
The sculptor was Alan Beattie Herriot.

The GPR holds 106 grave and 106 person records for the military cemetery.

The status of the photographing of the military cemetery is believed to be complete.

There have been 2 requests for photographs from the military cemetery.