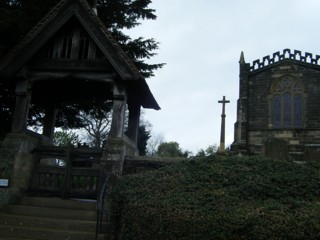 The Church of St Michael in Coxwold, North Yorkshire, was built in the 1420s in the Perpendicular style, replacing an earlier Norman church. Inside, the pews and pulpit were originally installed in the 1760s by Laurence Sterne, the author who was also vicar of Coxwold and who lived in Shandy Hall nearby. On the chancel arch is the royal coat of arms of King George I, flanked by the memorial arms of the earls of Fauconberg. In the chancel is a collection of magnificent monuments to the Belasyse family (later viscounts Fauconberg, the local landowners).

The GPR holds 599 grave and 1216 person records for the burial ground.

The status of the photographing of the burial ground is believed to be complete.

The quality of the photographs of the burial ground is good.

There have been 407 requests for photographs from the burial ground.

where am I: Home > Countries > England > Yorkshire > Coxwold >St Michael